Home » Blog » How PEMF Therapy Can Compliment Your Chiropractic Session?

How PEMF Therapy Can Compliment Your Chiropractic Session? 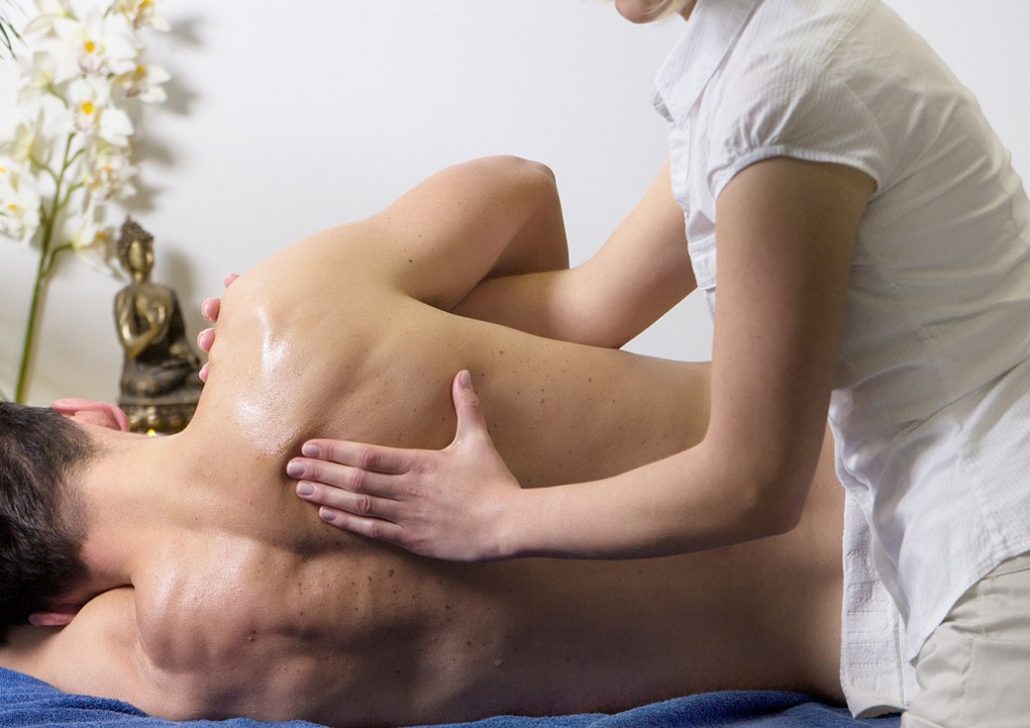 Chiropractic sessions can effectively treat injuries both of bones and of soft tissue, such as muscles, joints, and tendons. This is exactly where PEMF therapy excels as well, in addition to many other areas of medicine.

Let’s first learn a bit more about what PEMF therapy is and how it works, and then explain how it can work in synchrony with your chiropractor to help you heal faster than ever before.

What Is PEMF Therapy and How Does It Work?

PEMF is actually an acronym that stands for Pulsed Electromagnetic Field. PEMF therapy provides its health benefits to the body by emitting pulses of electromagnetic waves that penetrate deep into the body, affecting it at the cellular level.

If we imagine our cells as batteries that store energy and use it to perform their given function, we can understand much more clearly what PEMF therapy does to them.

The stress of daily life, fatigue, disease, harmful electromagnetic radiation produced by electrical devices around us, unhealthy habits, and so on, all affect our body at the cellular level, depleting the cells of energy.

There are more than 70 trillion cells in our body that perform various functions, and they need to be in perfect balance for us to achieve both physical and psychological health. If a number of cells are depleted of energy and unable to function properly, they will affect other cells around them, which causes a chain reaction throughout the body.

PEMF therapy helps recharge our body’s cells, allowing them to regain their full potential and perform their functions as they should.

The History of PEMF

You might be inclined to think that PEMF therapy is a new and revolutionary form of treatment, but that is as far from the truth as it gets.

As long ago as 4000 years, in ancient China, medical practitioners knew about the benefits of magnetic therapy and used magnets regularly to treat various health conditions.

They realized that the planet Earth also had a magnetic field of its own, and that it is essential to humans’ wellbeing. Unfortunately, today this beneficial effect of the Earth’s magnetic field is negated by numerous sources of damaging electromagnetic radiation and stress, so we need to complement it with PEMF therapy. (1)

There was one problem with therapy performed with static magnets, and that is that the cells would get used to the magnets after some time. This problem was solved in the late 1800’s by one of the brightest minds in human history, Nikola Tesla, who realized that electromagnetic waves could safely pass through the human body. He also noticed that this did not harm the body in any way, and possibly had beneficial effects. That is why the unit of measurement of PEMF intensity is called the Tesla.

Only later, in the mid-1900’s, the technology advanced enough for us to study the effects of PEMF therapy on the body in more depth. Even today, we are learning about new and revolutionary applications of this therapy in medicine.

For now, we know that different frequencies, intensities, and waveforms have different effects, and are more or less useful in treating a variety of health conditions.

Let’s talk more about what science has taught us about the specific health benefits of PEMF therapy, and how it can complement chiropractic sessions.

How PEMF Therapy Can Complement Your Chiropractic Sessions

PEMF therapy and chiropractic sessions have many similar effects on the body, and are used to treat similar health conditions. It is only natural to ask whether we can combine the two to achieve a healing boost and shorten therapy intervals. The answer is a definite yes.

One of the most common health conditions that cause a person to knock on a chiropractor’s door is the inflammation of tendons and joints, or bone injury. Chiropractic sessions definitely help, but PEMF stimulation has powerful anti-inflammatory effects, as well.

Treating tendonitis is one of the most common uses of PEMF therapy, and its effects are supported by numerous studies.

One such was conducted in 1997 by a group of Chinese scientists. This study took place at the Department of Orthopedics and Traumatology at the University of Hong Kong, and was conducted on rats. (2)

The rats in the study suffered from Achilles tendon inflammation, which is one of the most common injuries with which athletes struggle. The study was conducted on 180 male rats, which received daily 15-minute PMF (17 Hz or 50 Hz), PEMF (17 Hz or 46 Hz), or sham stimulation.

After one month of treatment, the scientists were able to conclude that rats that received PEMF and PMF stimulation showed significantly faster rates of healing than the control group. The return to the tendon’s histological normality was much better with PEMF and PMF therapy.

These are exactly the effects that chiropractors aim to achieve with their patients. Therefore, it is only logical to imagine that combining the two treatments would yield much more powerful health benefits for the patients. 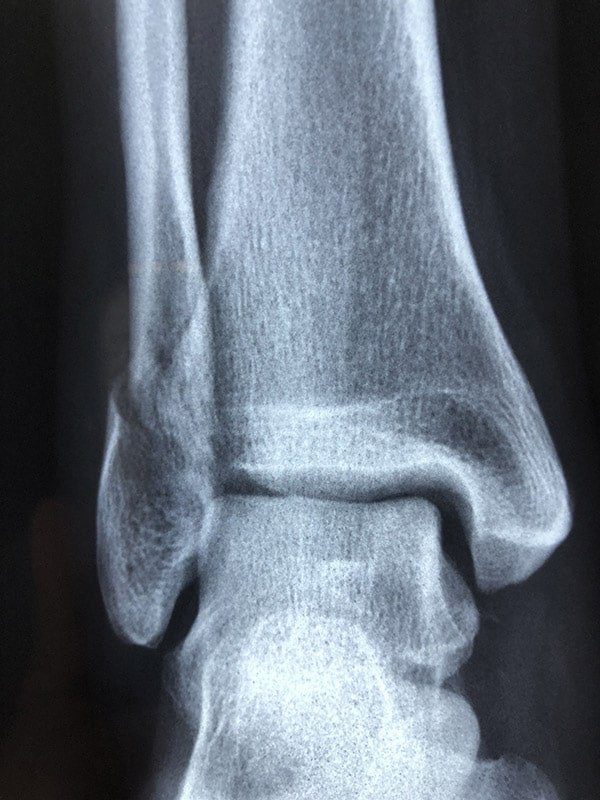 Chiropractic sessions are also commonly prescribed for recovery after bone fractures, which is another point that it has in common with PEMF therapy. Both are especially effective in treating nonunion fractures, but they can be used with normal fractures, as well, since there aren’t any known side effects.

A study was conducted in 2012 that was published in the Journal of Orthopedic Surgery and Research, which involved 44 patients with tibial fractures. These fractures were either not healing at all, or healing more slowly than expected. (3)

At the end of the study, successful fracture union was achieved in 77.3% of cases, which is 34 patients in total. This occurred completely regardless of patient’s overall health, age, the age of fracture, fracture type, and so on.

This leads us to conclude that PEMF therapy can be used to supplement chiropractic sessions and treat bone fractures in various patients with different health backgrounds.

Moreover, PEMF therapy has one important feature that allows it to be considered fully complementary to chiropractic. It is a completely natural and holistic form of treatment that does not have any side effects. Therefore, it can be freely used alongside chiropractic sessions to supplement their effects, and vice versa.

According to one study on the prevalence of knee pain, one in four people today suffers from knee pain on a regular basis. (4) It is not uncommon that such patients turn to chiropractors in hope of help. The truth is, chiropractic sessions are very effective in treating knee pain and its very source, and not just the symptoms.

However, what some patients are unaware of is that PEMF therapy has exactly the same effects. PEMFs are able to alleviate both acute and chronic pain (5), but also target the cause of the injury and prevent it from happening again.

By combining these two treatments, we can achieve much better results in a much shorter period. This is why chiropractors need to educate their patients about the effects of PEMF and suggest its use, but patients themselves need to learn more about it on their own, as well.

A number of studies prove the efficiency of PEMF therapy on knee pain, especially in elderly patients suffering from knee osteoarthritis.

One such study was conducted in 2013, by a collaboration of American and Italian scientists. (6) The aim of the study was to observe the efficacy of PEMF therapy on knee pain caused by osteoarthritis in elderly patients.

Twenty-eight patients, aged 60-83 and suffering from knee osteoarthritis, participated in the study. Their treatment consisted of three weekly 30-minute sessions of PEMF stimulation which lasted for six weeks. Only the right leg was treated, while the left leg served as a control.

At the end of the six-week study, and three months after its completion, the results were analyzed. The findings showed that PEMF therapy significantly improved pain, stiffness, and physical function in elderly patients suffering from knee osteoarthritis.

These are the same effects that chiropractors achieve through chiropractic sessions, which means that PEMF therapy could have strong complementary effects to those of this form of natural treatment.

As you can see from both the scientifically-backed information and the PEMF and chiropractic-related common knowledge that we shared above, these two types of treatment have a lot in common.

Together, they have the potential to change the way we approach soft-tissue injuries and degeneration, and significantly shorten the time needed for their healing.

Both PEMF therapy and chiropractic are completely natural and holistic approaches to health, which makes it logical to view them as complementary.

Therefore, both patients struggling with such injuries and chiropractors should seek to incorporate PEMF therapy alongside chiropractic sessions to maximize the health benefits.