What Is the Scope of Practice of Chiropractors? 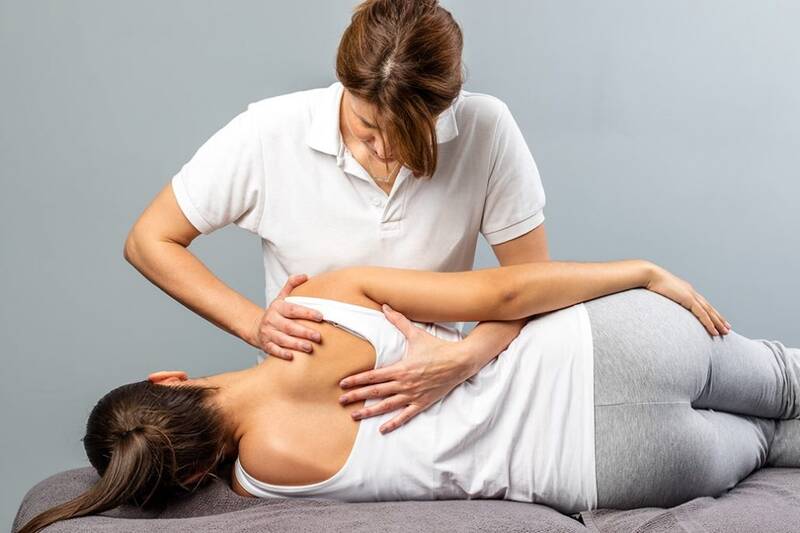 Chiropractic: What Is It?

Chiropractic is a philosophy, art, and science. A diagnosis is made through observation and testing, and then treatment is performed based on training and experience. This is a similar process used by a medical doctor. The main dissimilarity is that some doctors may treat patients with surgery and drugs so as to deal with signs of pain and illness.

Chiropractic is the art of restoring the body to its natural state by using different styles and techniques. Chiropractic philosophy is the realization that the body needs to function correctly. The body always looks for homeostasis (a state of balance). Failure to find a state of balance, the body may undergo a disease process.

As a science, chiropractic practice is acknowledged, amassed knowledge, formulated and systematized with respect to the presence of general facts. Chiropractic refers to the knowledge of consecutive sense of impressions of biology. Generally, chiropractic is created out of principles that have existed through time.

Chiropractic Scope of Practice by State

If a court establishes that a chiropractor has acted beyond the legal scope of practice, then this may lead to a number of consequences.

All states in the United States do currently omit surgery and drug prescription from chiropractic practice. Generally, the variation of the scope of practice from one state to another are classified as:

A state is categorized as restrictive in chiropractic scope if it clearly restricts doctors of chiropractic from conducting two or more of the following:

The states that are considered restrictive include Michigan, Washington, Tennessee, South Carolina, New Jersey, and Mississippi.

A state that has an expansive scope is one that permits three or more of the following:

A chiropractor in such a state may use physiotherapy instruments, give nutritional supplements, and give nutritional advice among other things. This category includes Oregon, Oklahoma, Ohio, and Idaho.

The other remaining states have an intermediate scope of practice that falls in between restrictive and expansive. Chiropractors in these states can practice so much except for signing death or birth certificates and conducting pelvic examinations.

According to a survey completed in 2011 by the Federation of Chiropractic Licensing Boards that collected data on chiropractic practice as well as the ability of chiropractors to conduct 97 diagnostic, evaluation, and management services by state, complete or partial responses were obtained from 96% of the states in the USA.

The states that recorded the most services that could be carried out were:

The states that recorded the most services that could not be carried out were:

The additional information provided by the survey regarding specific services that doctors of chiropractic can and cannot conduct in a number of states include:

Conflicts of opinion exist regarding the chiropractic scope of practice. According to the International Chiropractic Association, their goal is to maintain as well as promote the unique identity of chiropractic as a surgical-free, drugless, and non-therapeutic health science that depends on its fundamental principles as well as philosophy.

On the other hand, non-chiropractic organizations, such as the Texas Medical Association have weighed the scope of practice of chiropractors. The Texas Medical Association, in particular, sued so as to contest the right of DCs to diagnose non-musculoskeletal ailments. Even though the court succeeded in striking down the contest, this is a clear indication that there is an emerging influence on the legal scope of chiropractic.

Can a Chiropractor Prescribe Meds?

In 49 out of the 50 American states, chiropractors cannot prescribe medication. For most chiropractors, this is not a hindrance to their profession. Chiropractic is and always has been a natural, non-invasive, non-surgical, and drug-free profession. In fact, some studies show that chiropractic care has enabled people to reduce or stop taking addictive medication such as opioids.

The idea behind chiropractic care is to relieve pain naturally by fixing issues and injuries in the musculoskeletal system. Chiropractors look at the body as a whole and treat it in a manner consistent with keeping the entire body healthy and functioning properly.

Many people come to chiropractors looking for alternatives to their dangerous, addictive, or disruptive medication. While not every patient is able to stop taking their medication after seeing a chiropractor, many are able to do so.

Of course, some patients may need medications for their illness or pain. Chiropractors realize this and often work very closely with a patient’s prescribing physician during treatment. After all, the goal of the chiropractic profession is to get and keep their patients healthy.

States That Allow Chiropractors to Prescribe

As mentioned above, there is only one state that currently allows chiropractors to prescribe medications: New Mexico.

The law, New Mexico Senate Bill 150, has caused some contention and concern around the country. In 2017, years after it had already been passed, the bill was tabled by the New Mexico Senate. However, because of New Mexico’s laws, tabling the bill didn’t prevent specially trained chiropractors from prescribing medications.

The other 49 states do not allow their chiropractors to prescribe drugs, although some states are reportedly trying to change the law to one similar to New Mexico’s.

The scope of chiropractic care still remains the same in most of the country. It’s still a safe, non-invasive, drug-free, science-based treatment for numerous issues involving the musculoskeletal system.

The Principles of Chiropractic

There are 33 principles of chiropractic based on Ralph W. Stephenson, DC’s Chiropractic Textbook, and they include:

Chiropractic assumes a major premise in that there is a Collective Intelligence that governs all matter; any inference obtained from the major premise is subjected to specific scrutiny. The precision is suitable for chiropractic. Instead of operating in a cloud of generalities, chiropractors prefer specifics.

2.The Chiropractic Meaning of Life

3.The Union of Intelligence and Matter

Matter could not exist without intelligence, and intelligence could not be conveyed without matter. When we observe matter moving, we are aware of motion. According to physics, matter moves because of energy that gets into it, and matter is inert without the energy.

4.The Triune of Life

5.The Perfection of the Triune

100% matter, 100% force, and 100% intelligence form 100% life. The three components of the triune are usually inseparable. Intelligence will always be 100% perfect, and it normally produces 100% force. This means that any imperfections will be because of matter.

6.The Principle of Time

Every process requires time. Time is considered as part of the Triunity as an element. The bonding between matter and intelligence requires time.

7.The Amount of Intelligence in Matter

Matter is considered to always have 100% intelligence, and is always relative to its requirements.

8.The Function of Intelligence

9.The Amount of Force Created by Intelligence

10.The Function of Force

11.The Character of Universal Forces

Universal intelligence forces are demonstrated as physical laws. They are unadapted and unswerving and they do not have consideration for the structures of matter.

12.Interference with Transmission of Universal Forces

Universal forces are subjected to interference during transmission.

13.The Function of Matter

Matter’s function is to express force. We are only aware of the forces when matter expresses them.

14.Universal Life in All Matter

All matter has universal life because all matter possesses motion, and motion in matter is what manifests force.

15.No Motion Without the Effort of Force

Intelligence’s application of force is what gives matter motion.

16.Intelligence in Both Inorganic and Organic Matter

It is universal intelligence that provides force to both inorganic and organic matter.

Intelligence of life is evidence of signs of life.

Organic matter is what constitutes the body of a living being. Organic matter is made up of structures of atoms and molecules that are assembled together for the purpose of proper functioning.

Something that lives has innate intelligence within its body.

21.The Mission of Innate Intelligence

It is the innate intelligence that ensures the material of a living being’s body stays in active organization.

22.The Amount of Innate Intelligence

Every living thing is made up of 100% innate intelligence.

23.The Function of Innate Intelligence

Innate intelligence’s function is to adapt matter and universal forces for use in the body.

24.The Limits of Adaptation

nnate intelligence does adapt matter and forces for the body on condition that it can do so without going against universal law.

25.The Character of Innate Forces

Innate forces are not destructive but constructive.

26.Comparison of Innate and Universal  Forces

With reference to structural matter, universal forces are usually destructive while innate forces are normally constructive.

27.The Normalcy of Innate Intelligence

Innate intelligence is considered to be normal as well as its function.

28.The Conductor of Innate Force

Innate intelligence’s forces operate over or through the nervous system.

29.Interference with the Transmission of Innate Forces

The transmission of innate forces can experience interference.

30.The Cause of Disease

If the transmission of innate forces is interfered with, this may lead to disease or incoordination.

Subluxations in the vertebral column cause interference with transmission either indirectly or directly.

32.The Principle of Coordination

This is the regulation of diverse elements into an integrated and harmonious operation in fulfilling purposes and offices.

33.The Law of Demand and Supply

The body consists of the law of demand and supply in its ideal state.

Just as it is with other healthcare professions, each state in the United States of America has its own scope of practice statutes, regulations, and licensing requirements for chiropractic doctors. As we have seen earlier, typically, the scope of practice of chiropractors in the different states includes broad diagnostic authority and laboratory analysis.

Although some states limit the use of invasive procedures, such as the use of venipuncture for diagnostic reasons, all states allow chiropractors to use spinal manipulation as a primary intervention. And the majority of states allow the practice of physiological therapeutics under the scope of chiropractic. However, chiropractors in the US are not permitted to perform major surgeries or prescribe drugs.

If you are looking for a chiropractor, you can count on the Same-Day and 10-Minute promise from us, Better Health Chiropractic & Physical Rehab in Anchorage.

Schedule an Appointment and Receive a 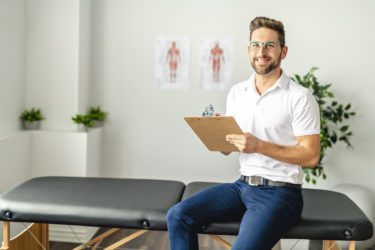 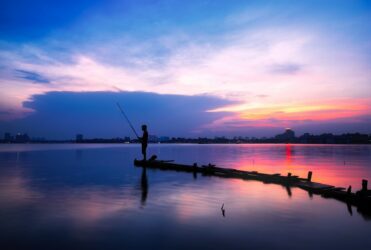 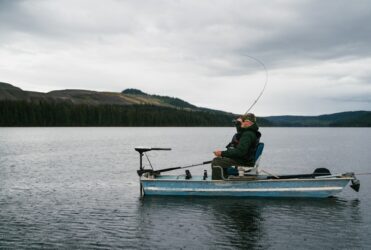 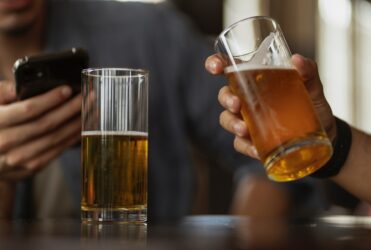 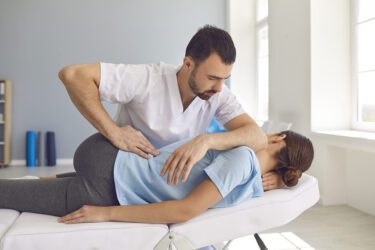 How a Chiropractor Can Help Chronic Disease Prevention in Juneau?