My journey to becoming a doctor of chiropractic was a painful one. It all started with a car accident and a broken back. I was just a 19-year-old kid at the time, riding in a friend’s car. I was thrown from the vehicle and suffered a subdural hematoma (bleed in the brain caused by traumatic brain injury) and two fractured vertebrae.

I had herniated discs in the back and the neck as a result of the accident. I was a wreck.

Luckily, my friend— the driver of the car— escaped relatively unscathed, except for a few stitches on his foot from the accelerator pedal.

I was left to figure the rest out on my own. Little did I know at the time that the brace would only keep me from moving my back just enough for the bones to slowly heal as much as they could. It’s tough to put a cast on your low back.  I found this out as time went by.

I went back to college and to work 10 days later, head and neck throbbing, suffering from disc bulges/herniations, sciatica in the left leg, and persistent back pain.

For half of my classes, I couldn’t even sit down. I had to stand in the back of the class for nearly three months because the pain was so bad. I had to leave class often. No pain medication except Tylenol — sometimes even taking 12-15 Tylenol or Aspirin a day when the pain got bad enough.  I had painkillers prescribed but did not want to take them for reasons that are painfully obvious to many these days. 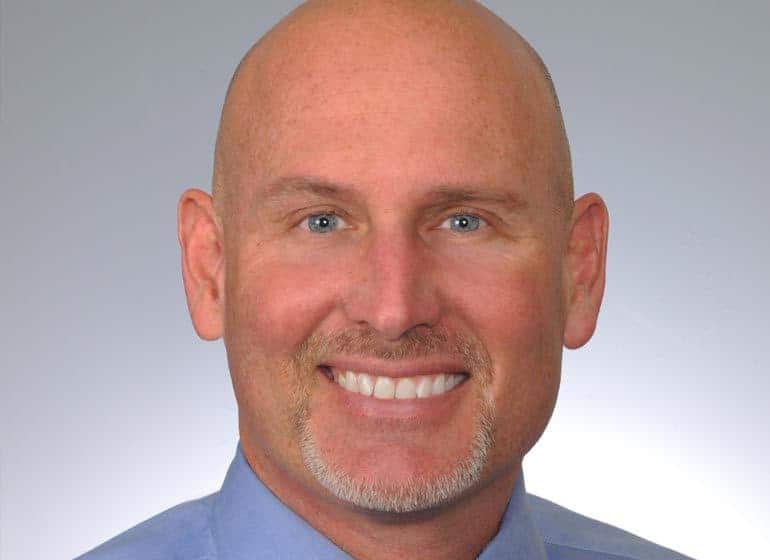 I know what it’s like to not be able to put on socks, to wear flip-flops and slip-ons because tying shoelaces is nearly impossible. I know what it’s like to drop something on the floor and have to leave it there because bending over hurts too much. For 12-18 months I lived like this. And I decided to put an end to it, once and for all.

This was when I was introduced to chiropractic care.

My college friend told me I should try seeing a chiropractor. My chiropractor at the time also recommended a physical therapist. His practice was more geared towards just the chiropractic side. So, after experiencing some slight improvements, I started seeing them both regularly, driving back and forth between them.

When I stuck with both chiropractic care and physical therapy, I began to see more improvements.

After much trial and error, I found that I was not only managing my pain, but I was even lifting light weights, stretching, and beginning to exercise again— both in the direction of my chiropractor and physical therapist.

This journey was the one that created my passion for chiropractic care and started me down the road to helping others overcome their pain.

Now, I’m 51 with the back of a 50-year-old. In 26 years, my back has only aged 5 years. This is only possible because I’ve learned to take care of my back — and I put that knowledge to work at Better Health Chiropractic & Physical Rehab’s Anchorage and Juneau clinics every day.

I designed our proprietary Alaska Back Pain Protocol (ABPP) to keep my back healthy — and the backs of thousands of fellow Alaskans. I still undergo the ABPP to this day to keep my back flexible, strong, and healthy. 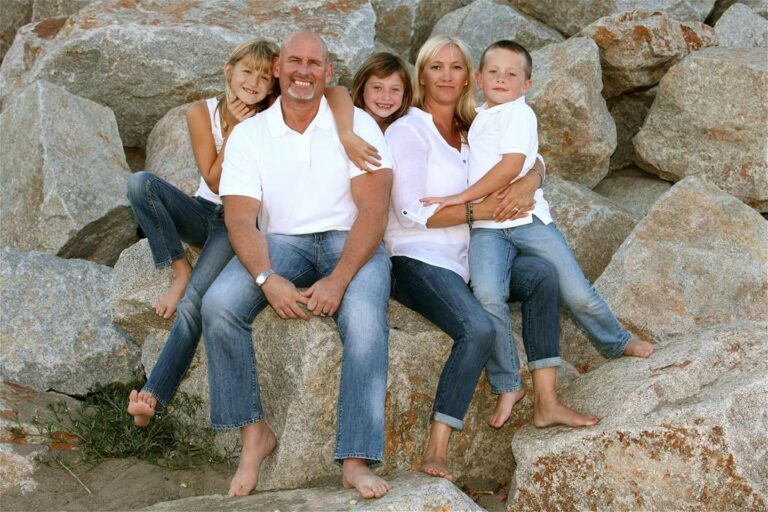 Dr. Brent Wells with his family

The ABPP is proprietary to Better Health Chiropractic and has seen outstanding success in both preventing back pain and helping to heal it since 2000.

As far as starting a practice, I wanted to create something unique and new with Better Health — without all the common complaints about other chiropractors and doctor’s offices. This is why we combined chiropractic care, physical therapy, and massage therapy under one roof. We hired physical and occupational therapists and changed our name to Better Health Pain & Wellness Centers, and later, Better Health Chiropractic & Physical Therapy.

We’ve since reverted to Better Health Chiropractic, but the tenets remain the same — massage for the muscles and soft tissues near the surface, chiropractic to move the joints, and physical therapy modalities to build flexibility and strength.

That’s what brings the strength back and keeps the pain away. 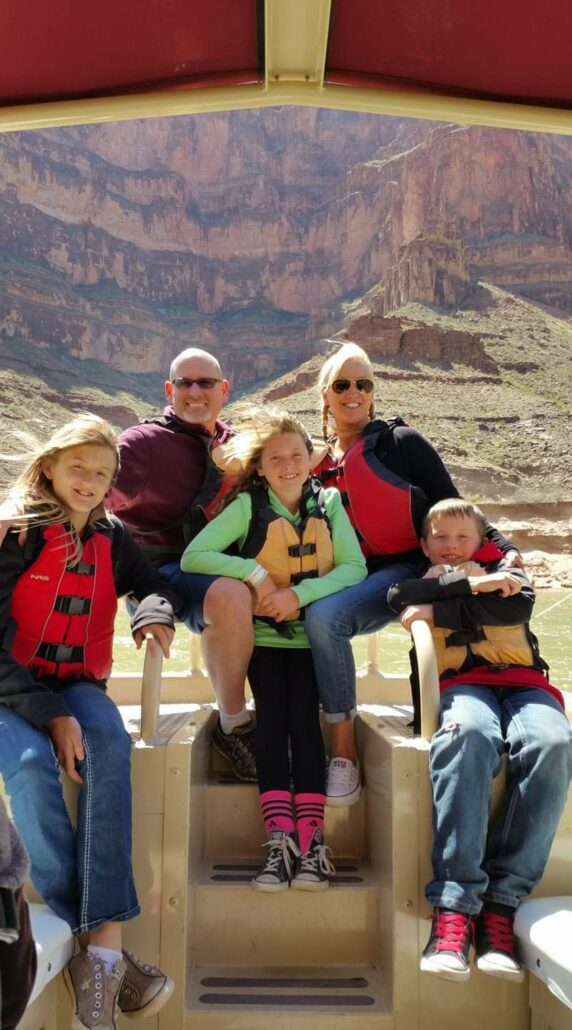 Plus, our patient-centered approach is why we offer our Ten-Minute Promise and our First Visit Promise.

You won’t wait for more than ten minutes for your scheduled appointment and you will be satisfied with your first visit — guaranteed.

We’re also proud to offer the Same Day Promise, which ensures that if you call us before 4 p.m. we’ll get you in to see a doctor that day. Lastly, we make sure you always have a ride to your appointment with our Get-a-Ride Promise!

We want to make sure our fellow Alaskans get the care they need, so we’re happy to offer all these guarantees.. that other chiropractic clinics don’t.

And, although I’m not originally from Alaska, we’ve been in Alaska for 23 years. My wife Coni and our three kids, Naomi, Colton, and Claire all enjoy everything Alaska has to offer, and are proud to be part of this close-knit community. And I’m proud to be able to help people with research-based medicine so they can avoid all the pain and turmoil that I experienced on my journey to a healthy back and body.

Come see us at one of our three Alaska locations to experience a completely patient-centered practice that implements safe and effective conservative treatment options to help with back pain, neck pain, and a wide range of other musculoskeletal issues.

1) How is Better Health Chiropractic & Physical Rehab different from every other chiropractic clinic I’ve seen?

There are several ways our Better Health facilities are different:

2) What is the Alaska Back Pain Protocol and how was it created?

The ABPP is a unique back pain treatment system I implemented in 2000 after many years of dealing with my own back issues and my training as a doctor of chiropractic. It combines chiropractic care, non-surgical spinal decompression, rehabilitative therapy, and massage therapy.  Using the protocols first studied in the early years of spinal decompression machines in the 90’s and early 2000’s, we were able to improve outcomes significantly by adding chiropractic and physical rehab to the therapy regimen.

The exact protocol is different for each patient, but it’s a safe and effective framework for treating back pain.

I think trust is best shown by proof. Since the founding of Better Health, we’ve treated 64,926 conditions, helped 21,790 patients, and currently hold a 5-star overall review rating from 917 reviewers. This, combined with 23 years of experience, is why those in pain trust us to help them. 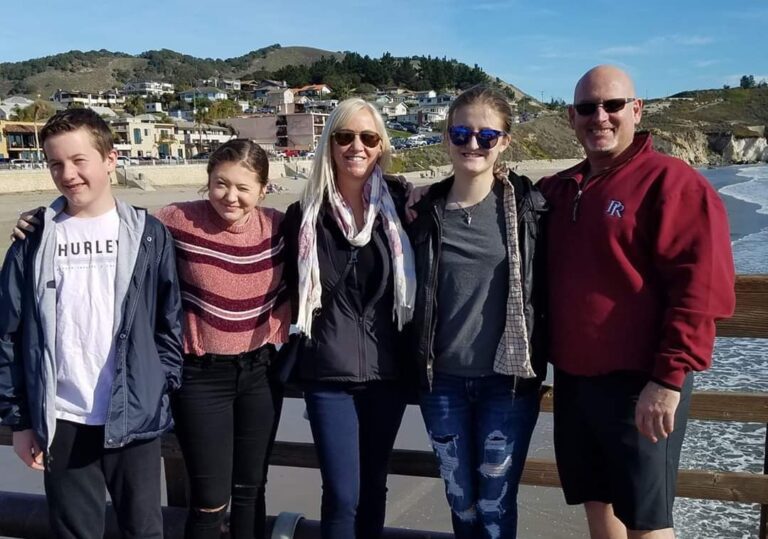 Dr. Wells and his family in Cayucos Beach, CA

5) Where have I seen Better Health Chiropractic & Physical Rehab before?

We have been a part of the Alaskan community since 1998, so chances are you’ve seen some of our signs or advertisements. You may know other previous business names such as Better Health Pain & Wellness Centers and Better Health Chiropractic & Physical Therapy- but we’ve always remained Better Health. We are also involved in the community and have a strong presence online. I also write a lot of articles across the internet, such as Dr. Axe, Life Hack and many others — nearly a thousand to date.

7) What are your outside interests?

I’m a lifelong learner, so when I’m not at work, spending time with my wonderful family, exercising, taking flying lessons, reading non-fiction, at a community function, or I’m furthering my education. I enjoy hiking, camping, fishing, and I also play a bit of blues/rock guitar with my son Colton on drums- which is pure enjoyment for me. I also volunteer for the Reflex Sympathetic Dystrophy Foundation, and we support many charities both personally and professionally. 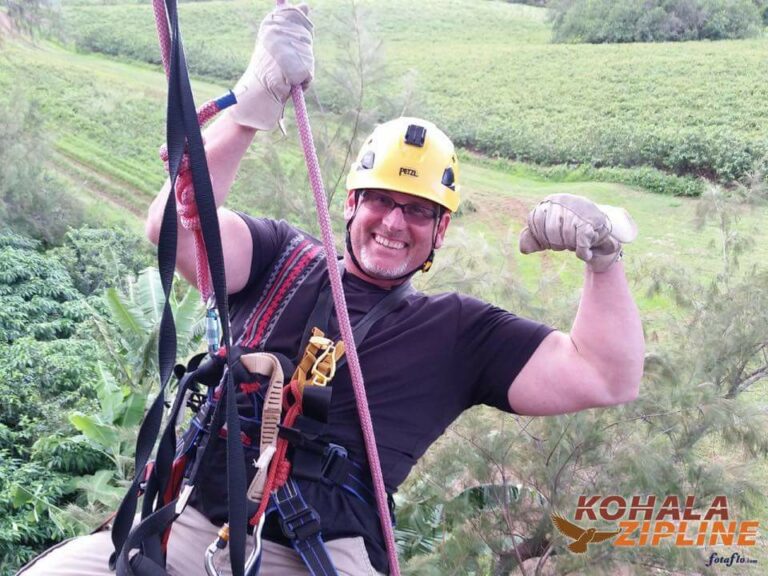 I continue my education with ongoing studies in spine conditions, neurology, physical rehabilitation, biomechanics, whiplash and brain injury trauma. I am also a member of the American Chiropractic Association and the American Academy of Spine Physician.  I also happen to be a prolific writer and enjoy reaching out to others beyond my clients and practice, to inform others who may not be aware of the pain relief and benefits that comprehensive chiropractic care and massage can bring to their lives. My articles have been featured on numerous other sites, including Dr. Axe, Organic Newsroom, Lifehack, Women’s Health and Fitness, Dr. Jockers, Massage Today, The Daily Meditation, and many, many more.

Notable articles written for other websites: 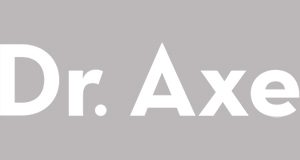 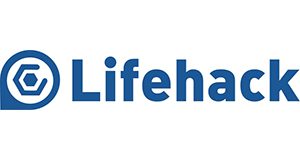 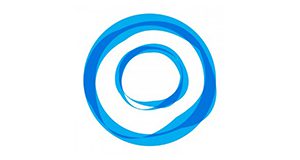 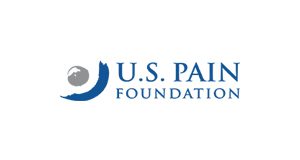 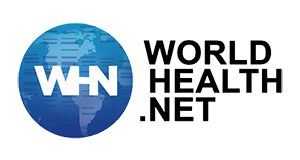 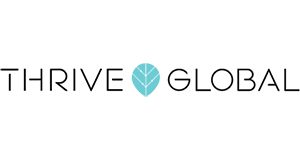 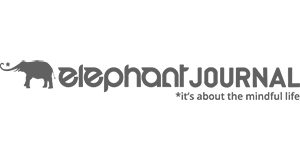 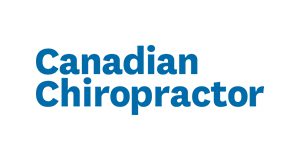 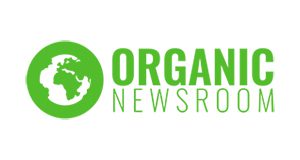 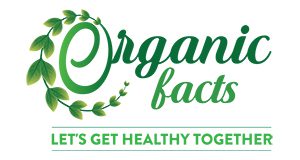 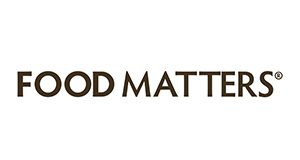 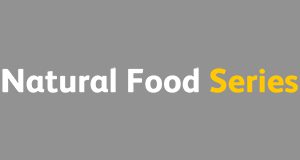 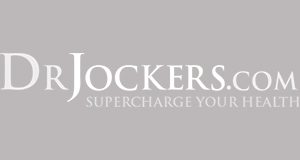 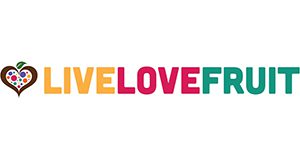 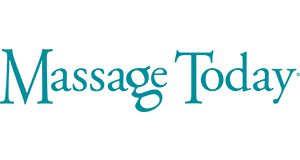 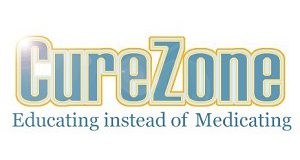 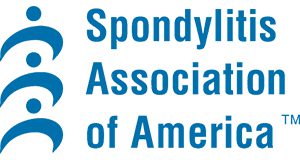 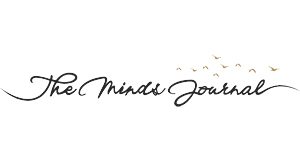 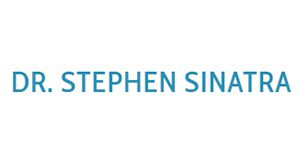 Better Health Chiropractic & Physical Rehab History: Cultivating a Patient Experience Like No Other

There are many things that make Dr. Wells’ approach to musculoskeletal issues unique. In the years since he founded Better Health, both Dr. Wells and all the fantastic employees that work with him have undergone lots of great changes. The values that drive Better Health have set them apart from other chiropractic offices in Alaska and around the country.

Working with dozens of physical therapy specialists and medical doctors over the course of his 23 years in practice has allowed Dr. Wells to ensure the best treatment for his patients. Many chiropractic offices focus solely on chiropractic care, whereas Better Health also utilizes rehab therapy and massage therapy for optimal results.

By seeking the input of other experts and having physical therapists on staff, Dr. Wells and Better Health have formulated a well-rounded care philosophy that always puts their patients first — the way it should be.

Dr. Wells has also used his more than two decades of experience to develop systems and protocols that combine special devices and chiropractic modalities. And, he has made it a priority to properly train his staff in the use of these devices. Because, like any other medical device, these require a proper application for desired results.

Better Health employees undergo a rigorous 3-month training program and then have to devote a minimum of 5% of their clock time to staying up-to-date in patient care. To ensure that all patients are getting proper care, Better Health hires certified chiropractic clinical assistants (CCTAs) for all their locations.

He has more experience using these devices and protocols to effectively treat back pain than anyone in the state. Approximately 60% of his 9,000 patients over the years have been low back pain patients — either with low back pain alone or low back pain with nerve issues.

Of his 9,000 patients, about 4,000 of them have had neck issues, including whiplash.  Many of his back pain patients also have neck issues. Recent years have seen an uptick in neck pain related to repetitive stress injuries due to posture-related neck issues as more people make their living at a computer screen.

Dr. Wells has helped build five offices during his career. He’s helped train hundreds of employees and dozens of doctors, licensed physical therapists, and occupational therapists. He has also created both hands-on and video training techniques to ensure that all of the Better Health employees are proficient and highly trained. 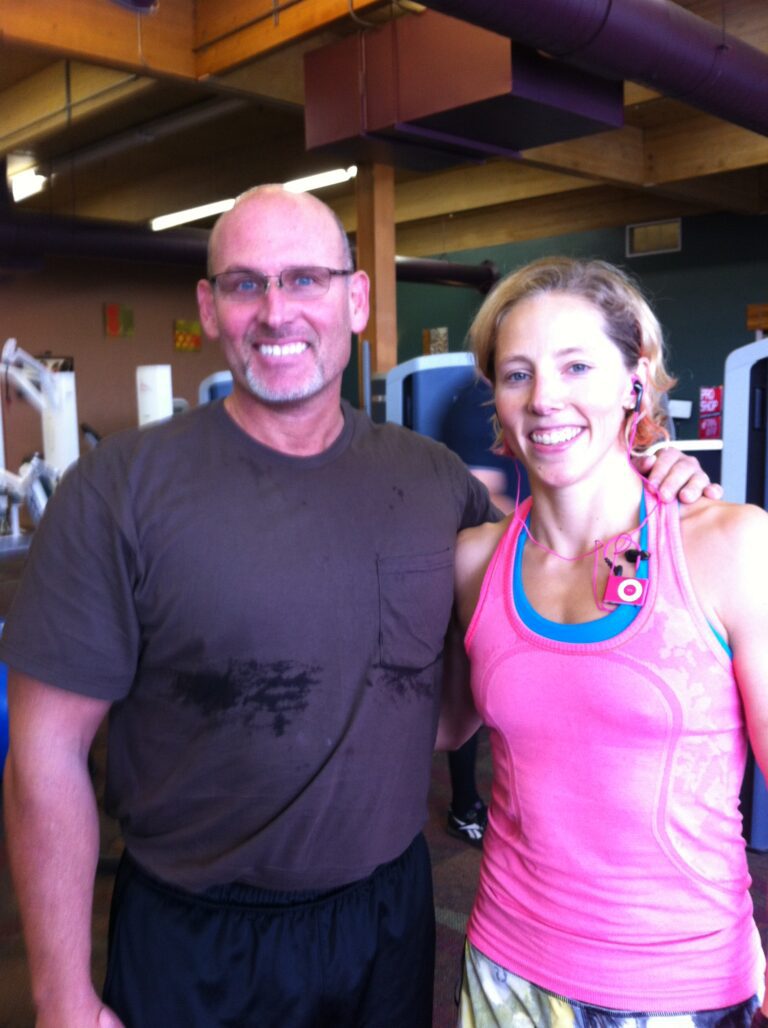 This is why Better Health Chiropractic & Physical Rehab has an overall 5-star rating, high patient satisfaction, and a track record of effective, safe, and efficient care. It’s why anyone who visits Better Health knows that they’re in better hands before the end of their first appointment.

Learn more about us!