9 Hacks to Build Healthy Habits in Wasilla (#3 Is Fascinating!)

If you made a resolution to start eating healthier, making better health care decisions, and getting more exercise, you aren’t alone. Probably half of the residents of Wasilla have made similar decisions at the beginning of the year, and almost everyone has broken these resolutions already.

Don’t feel badly about it. Research shows that it takes at minimum of 2 months (66 days to be exact) to really create a solid new habit. While you might hear people say that it takes 21 days or 30 days, once you understand how habits are formed, it’s easier to see that the 66-day formula is correct.

How Habits Are Made

How do I start a new healthy habit?

A recent best-selling book called The Power of the Habit by Charles Duhigg spells things out very clearly. A system called “the loop” breaks down the formation of habits into three actions:

So, if you want to make it a habit that you hit the gym every morning before work, first, you will need a cue. You could set an alarm on your phone or prepare your gym bag the night before and put it in front of he door.

The routine is actually going to the gym and doing the workout. This will, eventually, become the habit that is automatic because you’ve done it so many times that you don’t need to give it a second thought.

The last part is the reward and this the part that most people skip. While you might think that going to the gym is its own reward (and in a way, that’s true) but you need something short term to help your brain perform the routine.

When you reward yourself for following through, your brain starts to associate that good, happy feeling with the routine it just did. Although this sounds like a terrible comparison, it’s accurate. Think of your dog. When you first want to teach them a trick, you give them a reward for doing so, right? After a while, the dog will do the trick without the reward, but it makes teaching him much faster and easier. Your brain works the same way.

So, reward yourself with something after you perform the routine; be it a latte or 5 new songs added to your phone, just make sure it’s something that will make you feel good. 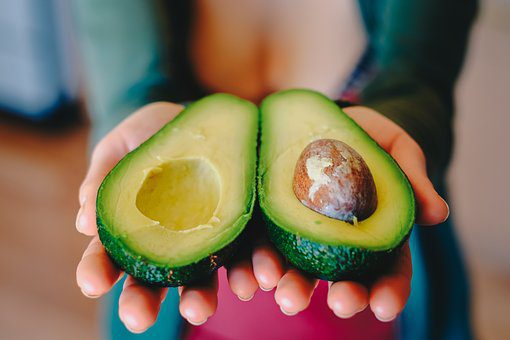 There are a few hacks that you can use to develop healthy habits for life. Try a few of the following and see if you can develop some new habits you will really stick to.

While you always hear people say that you need to change things up to keep from getting bored, this only works with a few things. Changing things up might be good when it comes to dinner or a new playlist, but it won’t help you make a new habit.

Pick one cue, one routine, and one reward. Stick with this until you are certain that your habit is ironclad. If you really feel like you need a change, maybe what you really need is a new habit.

If something should happen and you end up having to skip a day before you hit that magic 66-day mark (in our example, going to the gym every morning) don’t think that this means that habit is “broken”, and you should quit entirely.

Missing just one or two opportunities to develop that habit isn’t the end of the world. Just pick up where you left off. Your habit building will still go on and you should be just fine. Don’t give up! 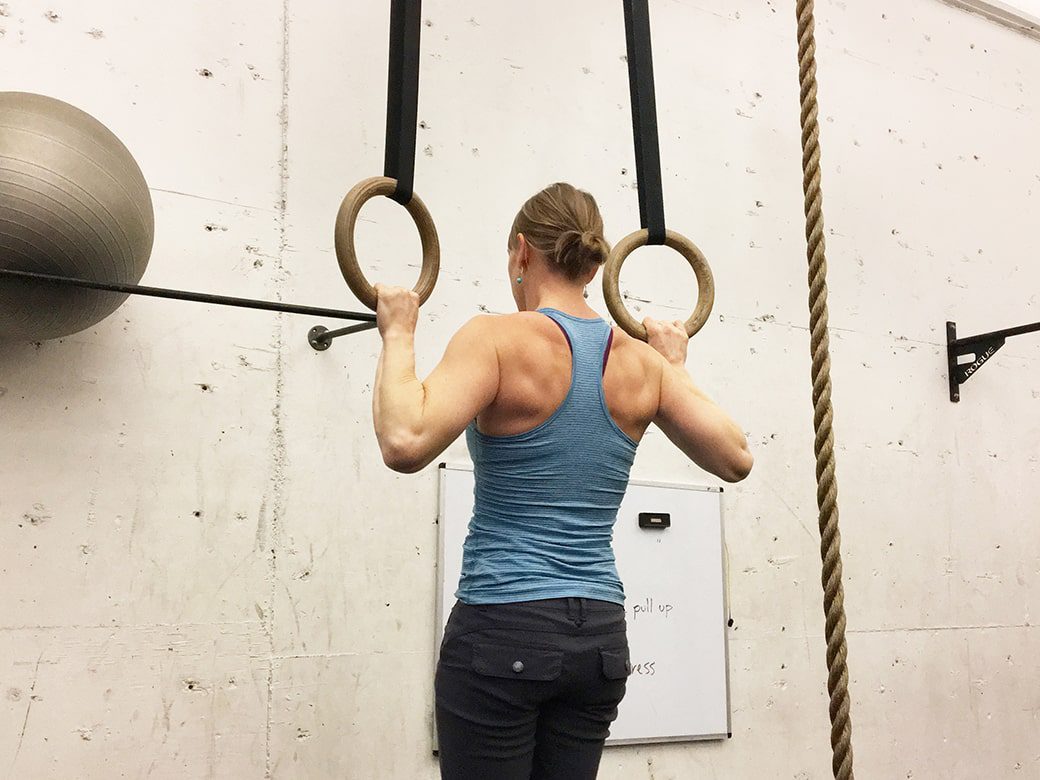 Believe it or not, you can help ingrain that habit into your brain faster simply by imagining yourself doing it. It’s true! When athletes were told to imagine themselves running and winning a race, their brains were activated in the same areas as those who actually did run a race!

Really picture yourself getting out of bed early. Imagine the dark bedroom or hallway. See your gym bag in front of the door? Imagine picking it up, putting it in the car. Really feel yourself working out at the gym and how good it makes you feel.

Why not try it? What do you have to lose other than to create that habit faster?

For some reason, most people seem to have a self-defeating mechanism that seems destined to break our attempts to break out of bad behaviors or bad habits. Right about the time you start to feel confident and think that you have this down, our subconscious or other force seems to come out of nowhere and derail all of your efforts.

The key here is not to fight it. Keep in mind that old habits die hard and your subconscious never likes change. Accept that you might mess up now and then. Admit that you must make big changes and adjustments if you want to improve or change habits. Be self-aware and this moment will pass.

Creating healthy eating habits or other healthy habits for weeks can be difficult to sustain but using technology can make things a bit easier. If you have an Android phone, try an app called HabitBull. It helps you with reminders and amusing phrases that help you keep your streak going using encouraging words like “10 Days without a candy bar! Way to Go G.I. Joe!”

You can also use Siri to help remind you to eat a healthy snack at certain times of the day. Buy a new FitBit and see if you can beat your old daily step record. Use technology to help reinforce those habits, rather then using them as a distraction.

Hack #6-Don’t Try to Do Everything at Once

Does this sound familiar?

“I’m going to start eating 100% keto starting Monday, and then hit the gym for one hour every morning, and then run 5 miles after work every night, and on weekends, I will do intermittent fasting and train for that marathon next month! “

You have set yourself up for failure before you even got off the ground. Remember the steps for building a healthy habit; one cue, one action, one reward. Once you are certain that you have that one habit down to a no-brainer-I-don’t-think-about-it-I-just-do-it, then you can start on creating a second healthy habit, using the same tools. 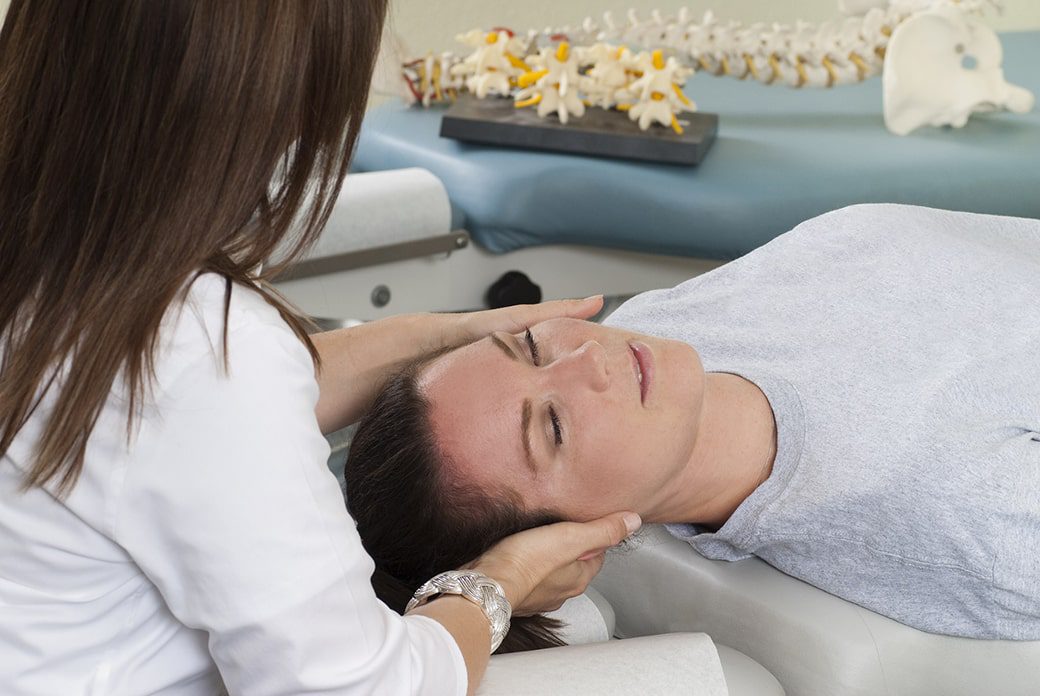 Before you begin, be sure that you are ready to create the habit you want. Using our gym in the morning example, there really is no point in making a cue, putting that gym bag by the door, and heading out to the gym when you know that your aching back is not going to let you do much more than sit in the steam room. Likewise, if your goal is to start eating healthy snacks, it doesn’t make much sense to have a cabinet full of cookies.

Make all the necessary preparations before you get the cue ready. See your chiropractor about your back or give those cookies away to co-workers and fill that cabinet with nuts, seeds, and fresh fruit.

Hack #8-Have a Back-Up Plan

While cues are great, let’s face it, life happens. What if you set your alarm, put the gym bag by the door, but in the morning, you hit the snooze button without even thinking about it. As we said earlier, one day won’t matter much, but that snooze button is a reward all by itself.

Don’t count on your motivation to get you through those weeks until that habit has been formed. Have a back-up plan. You might want to set up a system with a friend, for example, whom you text when you are in the car, on your way to the gym. When you don’t send the text, your friend calls the house until you get up and answer.

Hack #9-Believe in Yourself 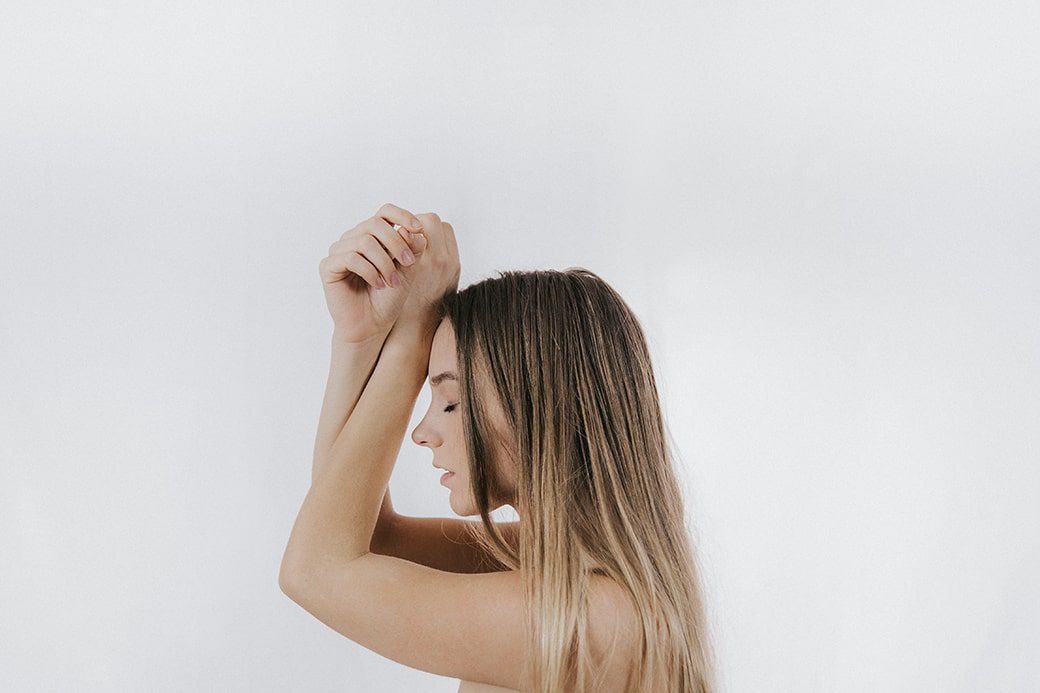 Let’s imagine that you have managed to get that new gym habit down to an art! You are doing great and after 77 days, you are certain that this is a habit you can stick with. Until your new boss starts breathing down your neck or your brother-in-law decides to move in with you until he finds new digs and he doesn’t have a job. Stress can break a new habit faster than a tornado can destroy a house.

Let’s not forget that groups can offer support, accountability, and help to reinforce that belief in yourself. If you want to hit the gym every morning, consider joining a group in Wasilla who does exactly that (or take an early morning class, for example). If you want to lose weight, join a weight loss group in Wasilla. The more positive reinforcements you can add to your life, the easier it will be to make that new healthy habit stick. 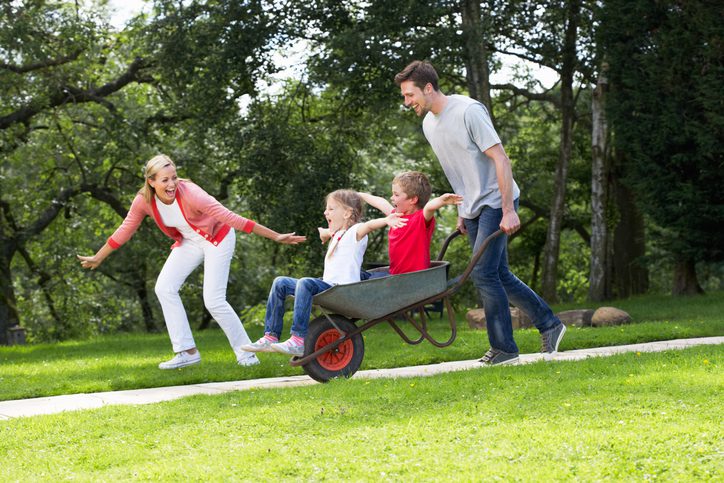 We hope you found this article helpful. If you did, please feel free to share it with others.

At Better Health Chiropractic and Physical Rehab, we want to help you with your goals. Call one of our 4 clinics for a same day appointment so you can be free from back, neck, or joint pain and start that new, healthy lifestyle feeling your absolute best! 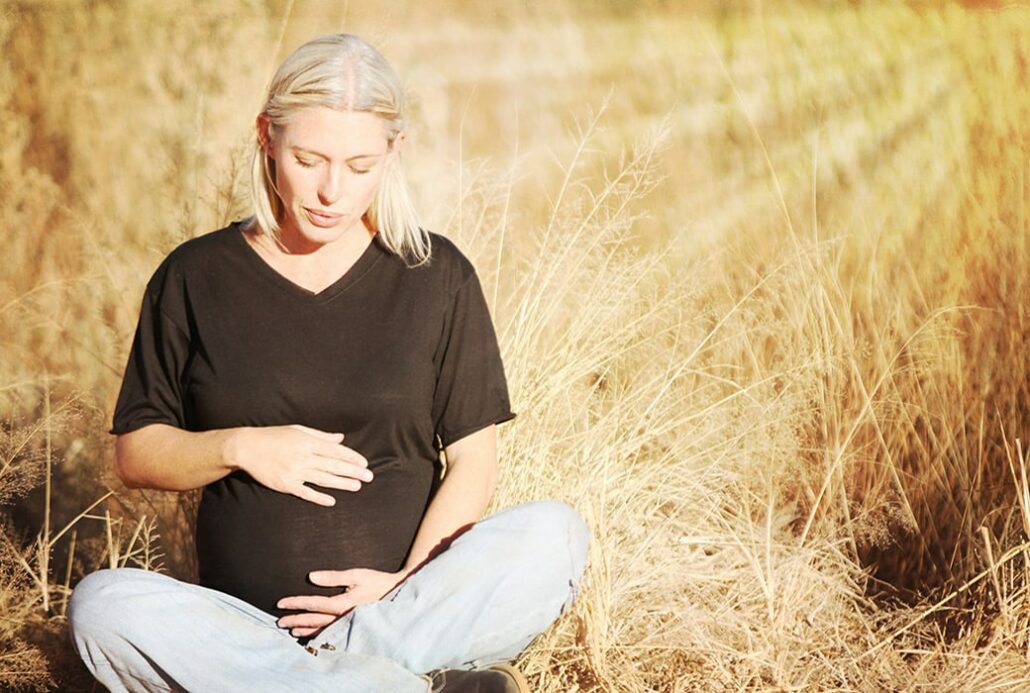 Is it Safe to Get a Massage While Pregnant? 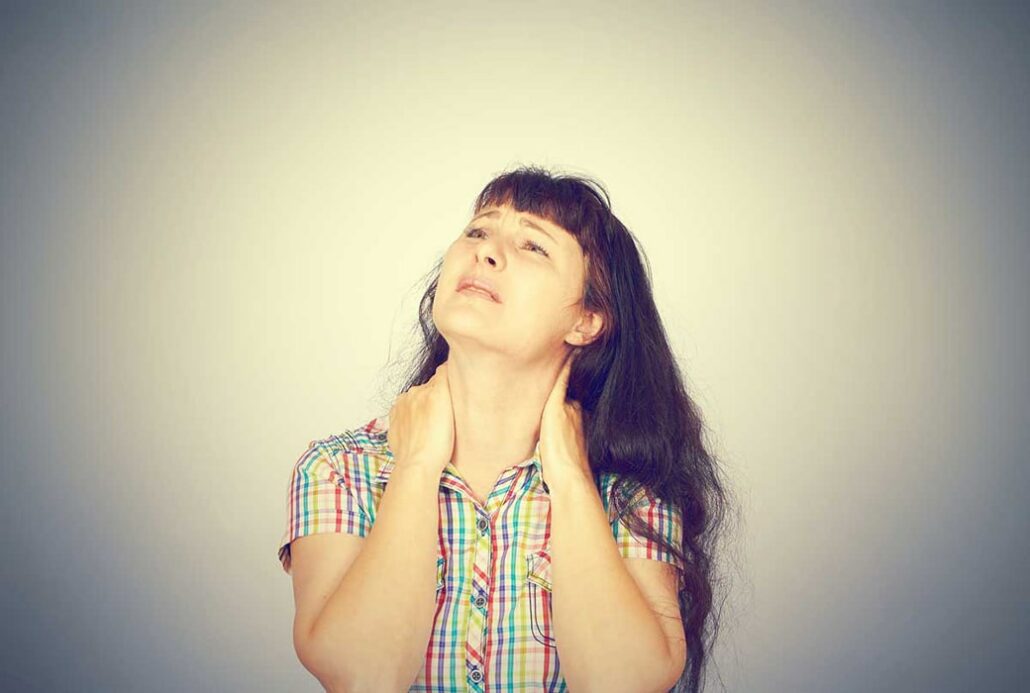 7 Truths about Chiropractic Every Fibromyalgia Patient Should Know 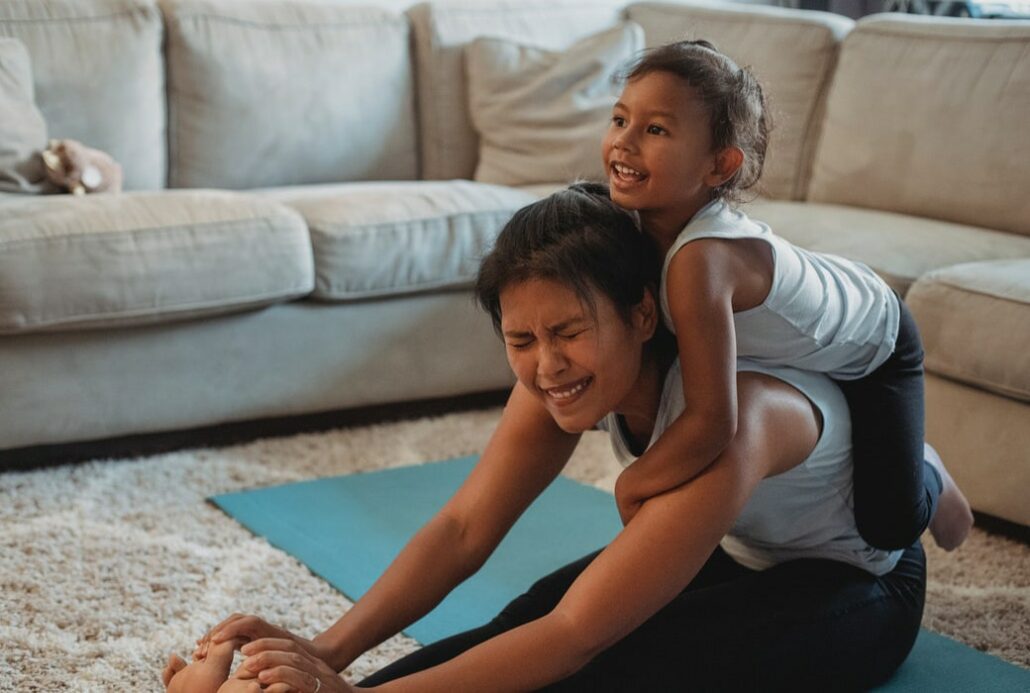