Learn How to Be Healthier in One Easy Step (Hint: It’s Not What You Eat) 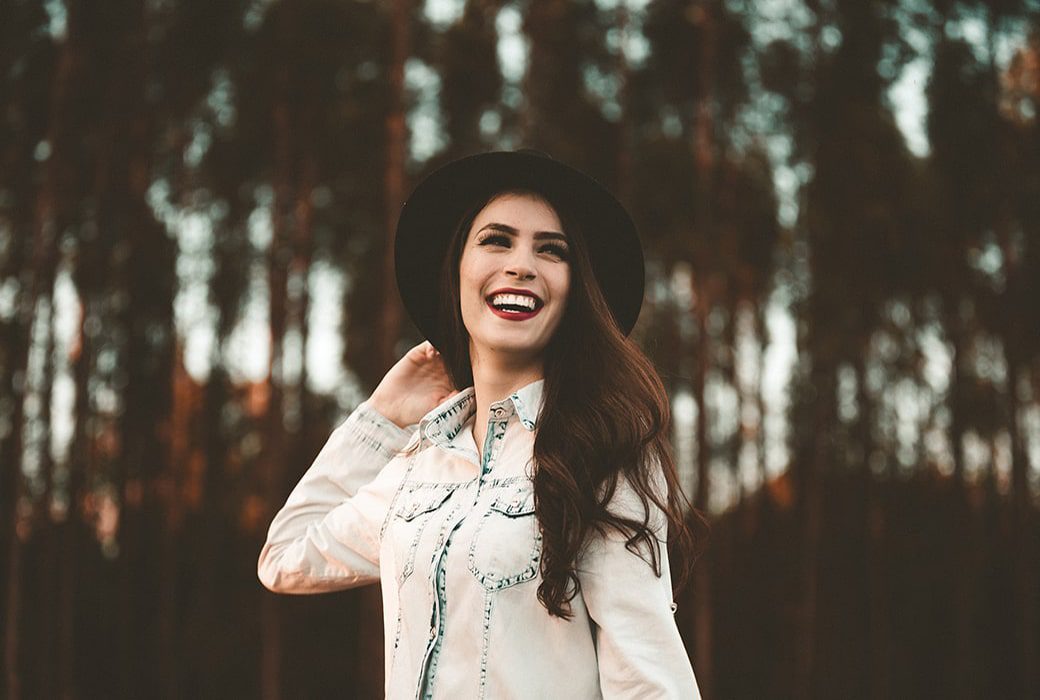 Everyone wants to be healthy, right? When you think about it, who doesn’t want to be healthier? No one wants to live a life filled with pain and limitations. Good health allows you to do, be, and go almost anywhere.

What if someone were to tell you that you could be healthier just by doing one little thing? What would you say to that? Forget it? Maybe? Not interested? It’s probably a given that most people would jump at the chance!

While there are a multitude of things you can do that will make you healthier, quitting smoking, cutting down on alcohol, getting plenty of sleep, this one isn’t the usual yadda yadda yadda. In fact, those listicle articles of “22 Million Ways to be Healthier” rarely mention this one.

You can be healthier by being happy.

Right off, we can hear your thoughts out there, “But I AM happy.” 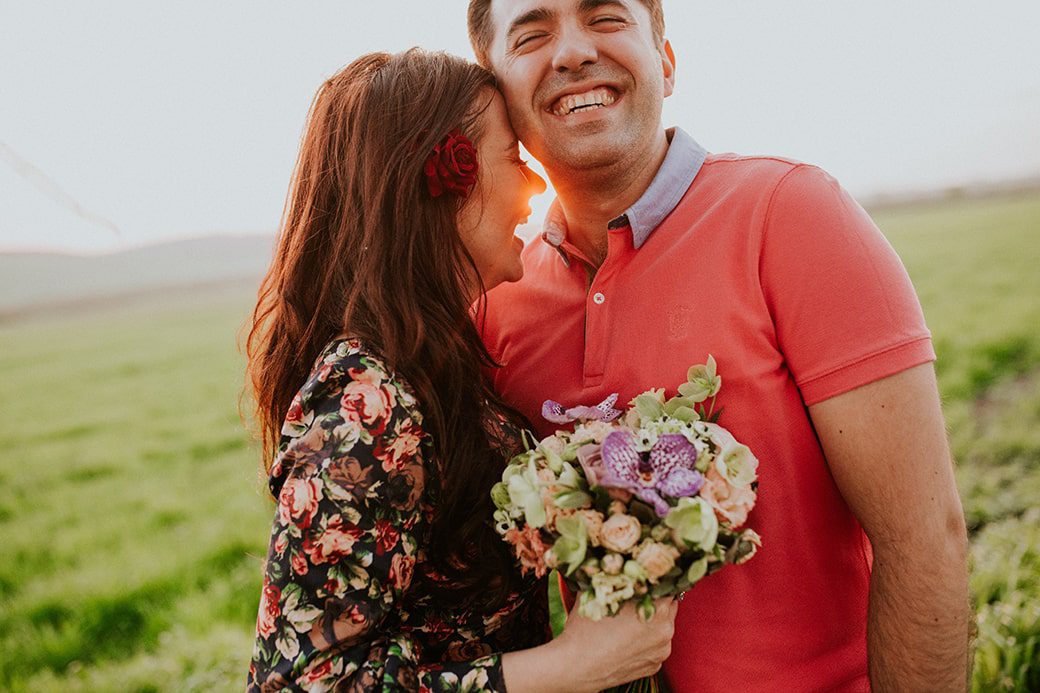 Perhaps “happy” isn’t quite the word you want to focus on. Let’s talk about being positive. When you are in a positive frame of mind, when you try to look on the bright side, walk on the sunny side of the street, whatever you want to call it, a positive frame of mind means you banish negativity, and therefore unhappiness, from your day to day life. You can’t be positive without being happy, but you can certainly feel happy and not think positively.

Does Happiness Cause Good Health?

Does happiness improve your health or does being healthy make you happy? Health and happiness are no doubt a virtuous circle, but there is no doubt that the two are intertwined.

The Health Benefits of Happiness

You’ve probably seen the many books being touted on social media about happiness. Titles like The Happiness Project or The How of Happiness. It appears that instructions on how to be happy is turning into a big business.

Why? Because scientific studies have shown over and over again that happiness and good health are a package deal.

Check out some of the scientifically backed ways that show how being positive can affect your health. 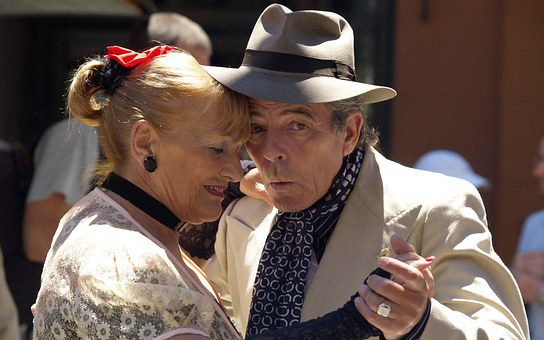 For the most part, happy people tend to live longer. Of course, your genes do matter, but several studies found that people who have a more positive outlook on life live longer than those who do not.

One well-known study in 2000 looked at some autobiographies Catholic nuns had written when they entered the convent. These essays looked for positive words that expressed love, contentment, happiness, and even amusing anecdotes. Then the life span of these 180 subjects were looked at. The nuns who had written the happiest essays lived between 7 and 10 years longer than the nuns who did not write such inspiring essays.

Another study completed in 2010 looked at 7,000 Californians and followed them for 30 years. That is one long study! Subjects who stated that they were content and happy with their lives at the beginning of the study were far less likely to die during the duration of it.

This isn’t to say that being positive and happy is a cure-all. In fact, for those who are suffering from terrible, late-stage diseases, such as AIDS, melanoma, or kidney disease, being overly-positive actually increases the risk of dying earlier! Researchers believe that putting on those rose-colored glasses when you are truly ill most likely underreport symptoms or avoid some treatments because they are overly optimistic in the outcome.

Keep in mind that being positive and happy can prevent disease and increase your lifespan but being unrealistically happy when you are looking at a terminal illness isn’t a good thing.

2) It Encourages a Healthy Lifestyle

Perhaps happy people live longer because those types of feelings encourages them to live an overall healthier lifestyle.

In a study of more than 7,000 adults, those who had a positive frame of mind were nearly 50% more likely to eat plenty of fresh produce than those who felt more negatively about life.

That same study also found that those who were positive about life were 33% more likely to get regular exercise, which, in this study, was at least 10 hours per week.

It appears that, when you are happy, you want that happiness to continue, so you eat better and get more exercise. Or does eating better and getting regular exercise make you happy?

3) It Keeps the Immune System Strong

A well-functioning immune system is key when it comes to fighting off viruses and other types of disease. Being happy can reduce your overall risk of coming down with the flu, colds, and chest infections.

Yes, it can be said that staying home and/or getting regular flu vaccinations will also help, but avoiding germs isn’t really the same as having a healthy immune system.

Researchers conducted a study where they gave 81 college students a vaccine for hepatitis B, a virus which is known to attack the liver. Students who were happy were twice as likely to develop a high level of antibodies against this disease than those who were pessimistic or unhappy. Producing a high level of antibodies means the immune system is strong and is working correctly. 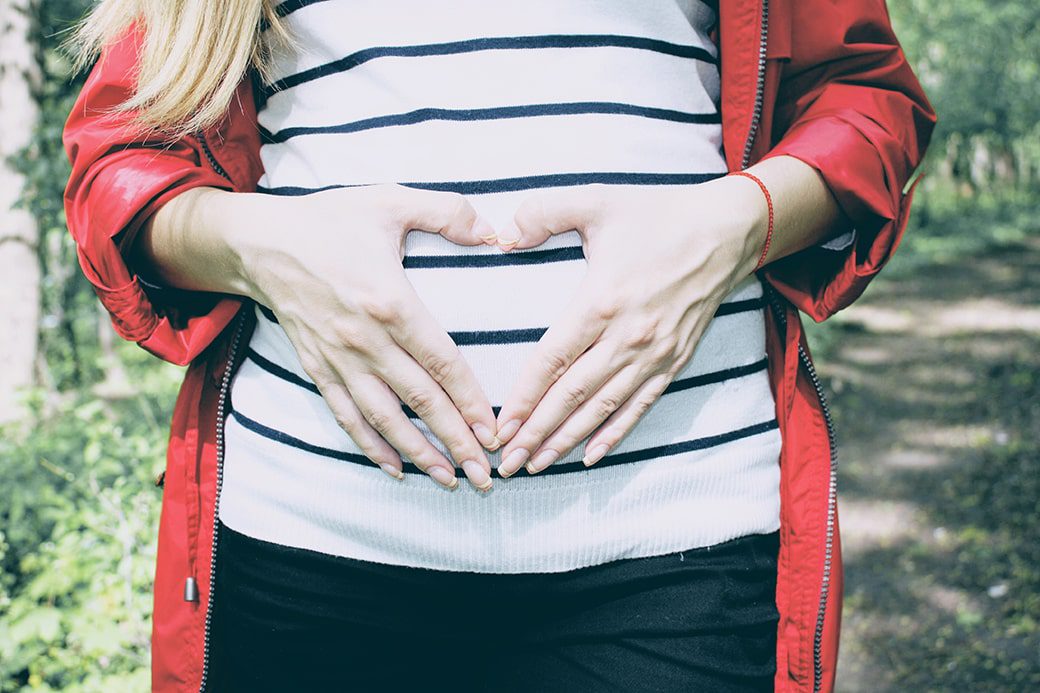 One of the biggest risk factors in developing heart disease is high blood pressure. Being happy can lower blood pressure, which significantly lowers this risk.

In fact, numerous studies how that feelings happy lowers the risk of developing heart disease. The percentage varies, with some studies showing that the risk is lowered by as much as 26%.

For those who are already afflicted with heart disease, being happy can lower the risk of dying from a heart related incident, such as a heart attack, by about 11%, according to one systematic review.

Of course, some of these effects might have been because people decided to take steps to improve their health once they discovered they had heart disease, but if you could reduce your risk of dying just by feeling happy, why wouldn’t you try it?

5) It Can Reduce Pain

As we stated earlier, no one wants to live in pain, so if being happy can lower pain levels, why not jump on the bandwagon?

A great many studies have found that a positive sense of well-being can reduce the pain and stiffness of arthritis. Another study found that positive minded folks who were recovering from a stroke had lower pain ratings of 13% in their first 3 months after leaving the hospital than their negative counterparts.

When it comes to back pain, your mind is one of the most powerful tools you have. Happier, most positive people have less pain overall and they benefit more from chiropractic and other treatments than naysayers, according to studies such as this one. 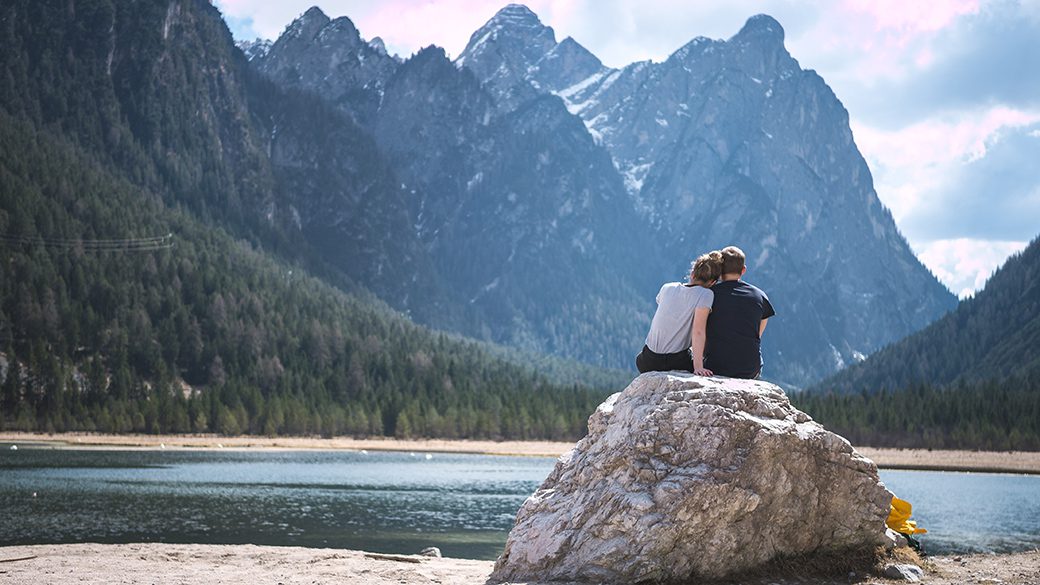 Sometimes, it’s the little things that we take for granted that matter to us later on in life.

Being happy can reduce one’s chance of becoming frail, with little strength and a poor sense of balance. During this 7-year study of 1,500 people, being happy gave them a 3% edge of not being frail than the negative group.

We read earlier that being positive lowered pain levels for those recovering from a stroke, but another study found that it could also reduce your risk of ever having a stroke by as much as 26%.

We should also never discount stress as a factor in our health. A stress hormone called cortisol has been linked to weight gain, high blood pressure, and even type 2 diabetes.

It’s good to know that being happy and keeping that positive mindset gives you lower levels of cortisol, according to one study, by as much as 32%.

How to Keep a Positive Mindset

We are well aware that life isn’t always sunshine and lollipops. There are days when it seems impossible to be happy or think positive. However, being happy isn’t about pretending things aren’t sometimes bad, it’s a general frame of mind that knows that ugly times happen, but good times are around the corner.

Helpful Tips for Being Positively Happy

If you’ve been a Negative Nelly or Ned most of your life, thinking positively is going to take some practice. Try some of the following tips: 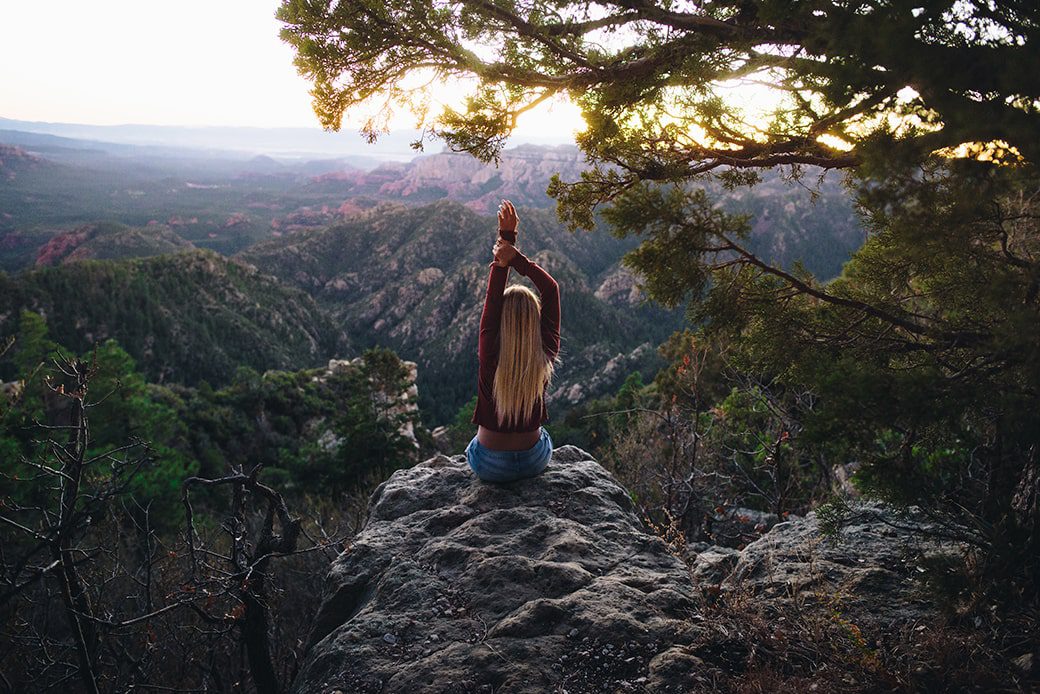 Being happy and thinking positively takes a little practice for some, but the positive effects of happiness are certainly worth the work!

If you are interested in a world class massage at one of our clinics to increase your happiness, call us at Better Health Chiropractic and Physical Rehab or click here for an online appointment.

Helping increase your happiness makes us happy, so call us today and do us both a favor! 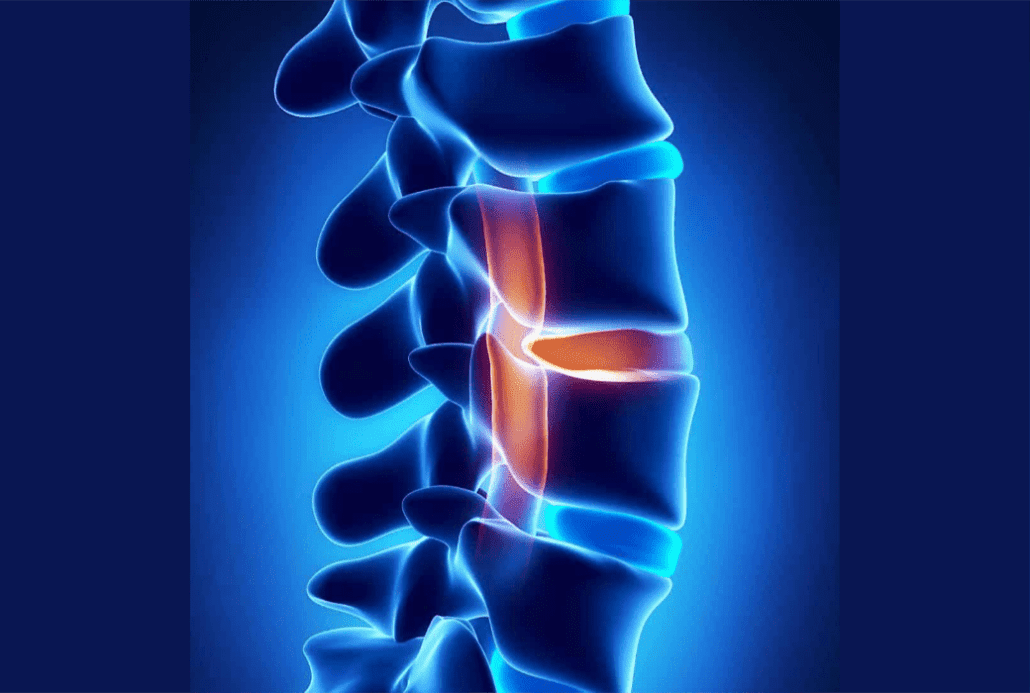 Back and Neck Herniated Disc Long Term Effects and Prognosis 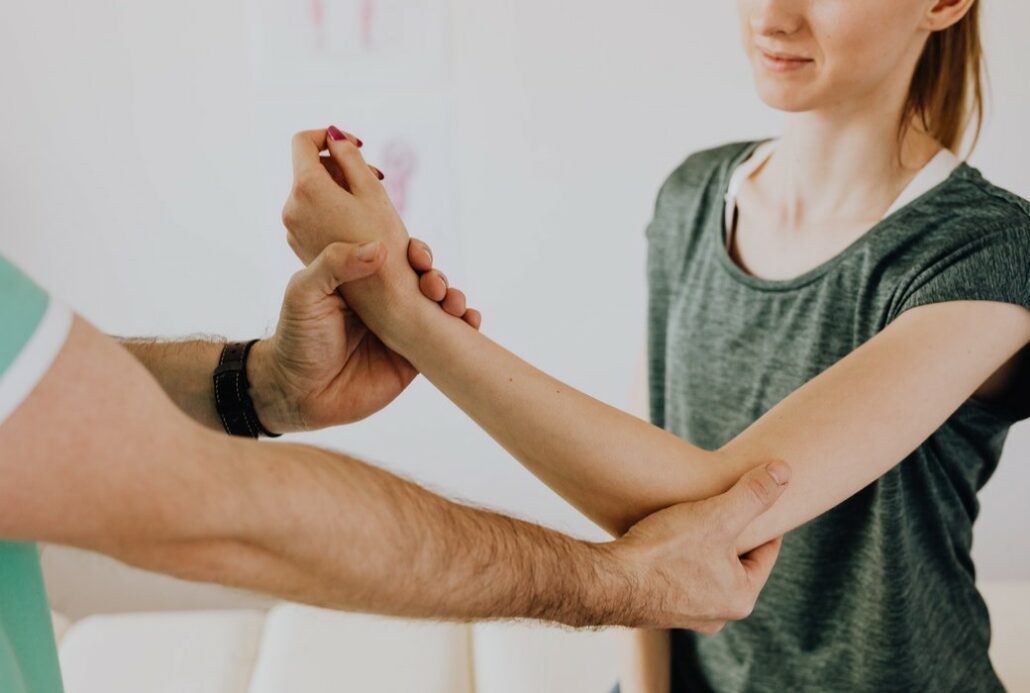 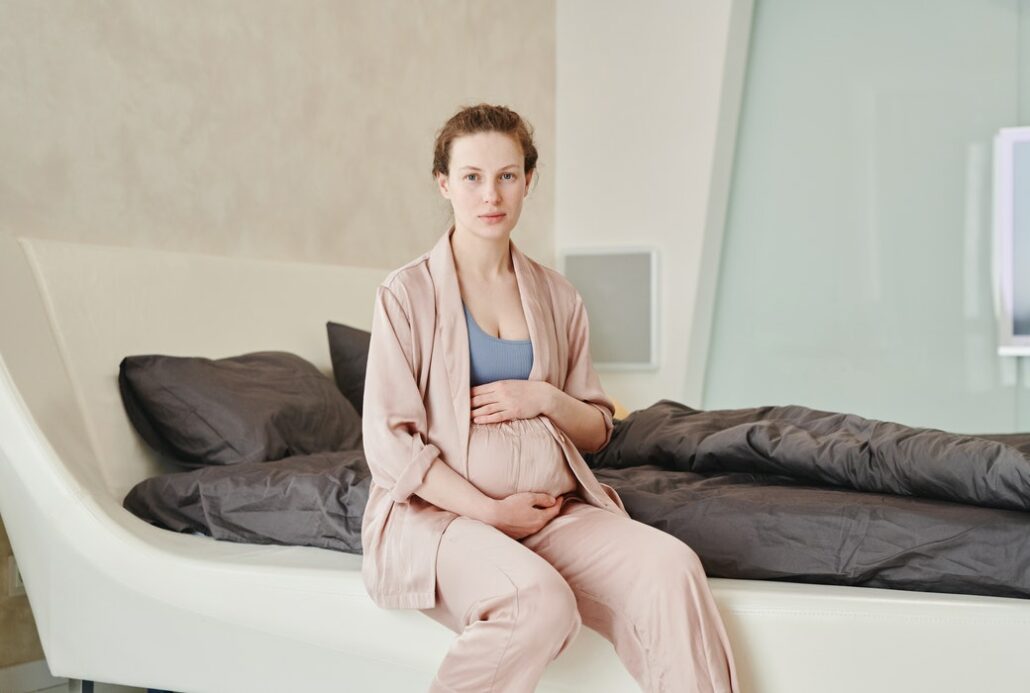 What Are the Benefits of Prenatal Massage? 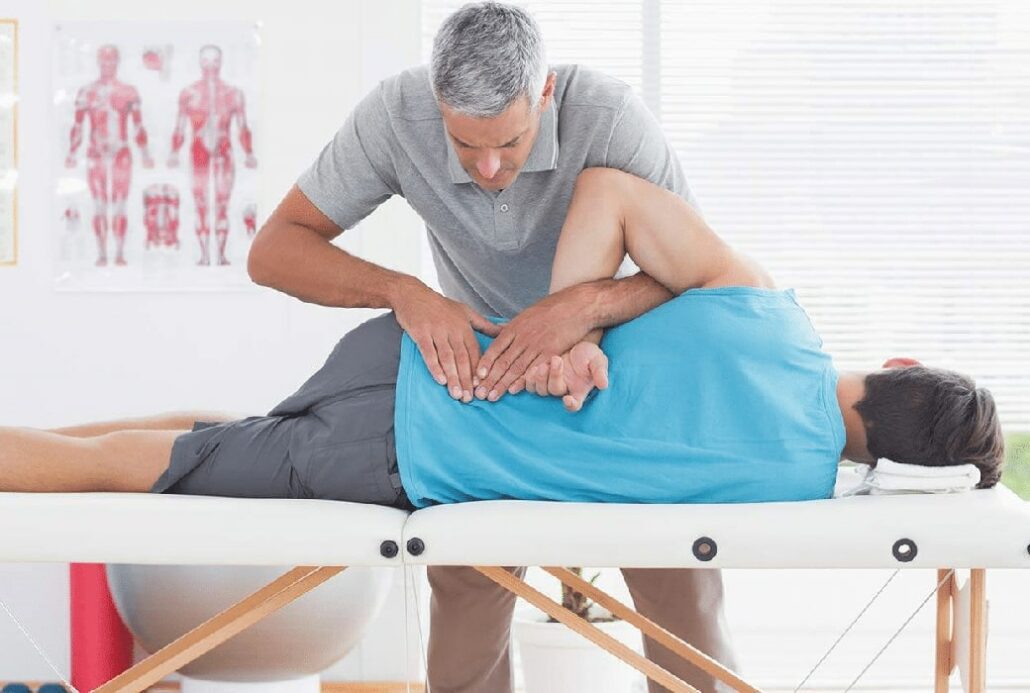 Posted in General Health
← 7 Signs You Are Embracing Bad Posture 5 Things Every Chocolate Lover Needs to Know (Even We Didn’t Believe #4!) →