If Left Untreated, Will My Herniated Disc Heal on Its Own?

Herniated disc. A painful diagnosis that no one wants to hear, much less feel.

One moment you are doing a little gardening or you bend over to pick up a pencil and you can’t straighten back up. When you do, the pain can be excruciating!

It is not uncommon for people to go to the emergency room when this first happens because the pain is so terrible. They are certain they have broken their back or something worse, but when the MRI shows a herniated disc, then people really start to have questions.

Perhaps foremost in a person’s mind is “Will I need surgery?”  You might wonder what would happen if you just laid on the sofa for a couple of weeks and left the herniated disc untreated. Will an untreated herniated disc heal on its own?

In the majority of cases, you won’t need surgery and a herniated disc will heal on its own after weeks or months, but you run the risk of permanent nerve damage with untreated herniated discs. This is why seeking the help of a licensed doctor of chiropractic is so important.

Let’s look at what herniated and bulging discs really are and why treatment is so important.

Can a Herniated Disc Heal Without Surgery?

Yes, it can and most of them do, with proper treatment. The fact is that with treatment, most herniated discs will heal within a few weeks. In extreme cases, it may take a few months.

Even surgery cannot put the jelly-like compound of the disc back inside of it. What often happens is that the substance must be removed from the area to stop it from irritating the nerve.

In many cases, with proper treatment, the nerve will simply stop responding to the object that is touching it. The nerve will become desensitized. Unfortunately, there is often a great deal of pain until this occurs.

Will a Herniated Disc Heal on Its Own?

This is a difficult question to answer with a yes or no because every case is different.

While a herniated disc might hurt less over time, perhaps only causing pain now and again or in certain settings (riding a bicycle, for example) but does this mean that the disc is actually healed?

Herniated discs can go asymptomatic (or with minor flare-ups) over time, but this is hardly “healed”.

The water portion in the jelly-like substance will eventually be absorbed by the body naturally. This will cause a reduction in the area that is touching the nerve.

A few people have had an immune response where the body has decided that the compound irritating the nerve is a foreign object and it has attacked it, reducing its size, so that it no longer touches the nerve.

While these things can happen on their own, the truth is that these are the exception and not the rule. Consider how many people you know who still have episodes of back pain and tell you that their slipped disc is killing them.

The disc hasn’t really healed, per se, but the area might be reduced in size, preventing it from touching the nerve.

What Happens if You Let a Herniated Disc go Untreated?

As we mentioned above, some people can wait a few months and the body will at least reduce the size of the compound so that it only bothers the nerve in certain instances.

In the meantime, you suffer a great deal of pain, spend weeks lying in bed, and your back never really feels the same. For some people, symptoms become more severe over time, not better.

If left untreated, however, there can also be serious complications. An untreated herniated disc can lead to permanent nerve damage. While not common, a herniated disc can cut off the impulses to the nerve, causing you to lose feeling in your lower back, legs, and/or feet. Some people lose all feelings in their genital area and buttocks. Others lose their bowel or bladder control.

While it is true that the above complications are not common, they do happen.

Why spend weeks in substantial pain when treatment can provide you with pain relief and faster healing?

What is the Best Way to Heal a Herniated Disc?

Depending on your health and physical circumstances, for the majority of people, comprehensive chiropractor care is the best way to help treat and heal a herniated disc.

A 2017 study found that chiropractic care for herniated discs was completely safe and that a chiropractor should be consulted before considering surgery.

If the chiropractor should find that you have other issues or if they believe you need other treatments, such as cortisone injections or surgery, they will refer you to the appropriate specialist.

If you are looking for other natural remedies for a herniated disc, I wrote a comprehensive guide about it too.

What do Chiropractors Do for Herniated Discs?

Treatment for a herniated disc will vary depending on the patient, their physical health, and where the disc is located.

Your chiropractor will draw up a treatment plan and explain the steps he intends to take to help heal your herniated disc.

Your treatment plan may include one or more of the following:

Your chiropractor will treat your herniated disc by correcting the spinal misalignment, the actual disc itself, and moving the nerve away from the source of the pain.

If you don’t know when to visit your chiropractor, having shooting leg pain is a cause to have an expert look into it.

In a 2015 case study, those who had been referred to a surgeon for their herniated discs sought out chiropractic first and found that their symptoms subsided tremendously within 5 weeks.

In a trial for those with herniated discs in 2016, three out of four persons reported significant pain relief after just a few gentle spinal adjustments.

The Difference Between a Bulging Disc, a Herniated Disc, and a Slipped Disc

The discs in the spine are small, pillow-like devices that go between each bone (called vertebra) of the spine. Discs are filled with a jelly-like substance to prevent the bones from rubbing against one another and to prevent shock when you move around.

Over time, the discs can become hard and not as flexible. In most cases, months, or years of small amounts of trauma, called micro-trauma, cause excessive wear and tear on the discs.

When too much pressure is exerted on the disc, it can bulge out to one side, like a tube of toothpaste if you press in the middle of the tube. If the bulge touches a nerve, it can cause pain, numbness, or a tingling feeling. If it doesn’t touch a nerve, you might not even know that the disc has been damaged.

If there is a sudden force or trauma exerted on the disc, such as in a car accident, or if the bulging disc is not allowed to heal and return to its proper location, the disc can herniate or slip. When people speak of a slipped disc, they are referring to a herniated disc.

Imagine stepping on one end of that tube of toothpaste. It would bulge and then split open, spitting out the contents. This is very similar to what a herniated disc does. When the material inside the disc touches a nerve (and it will) this can cause very intense, even excruciating pain.

Before you decide to risk nerve damage by leaving your herniated disc untreated or resorting to invasive procedures that may not work, visit a chiropractor first.

We will be happy to look at your MRI or X-rays and offer you our expert opinion on what your options are available to you. We don’t want to see anyone suffer from unnecessary pain.

Call our friendly staff for an appointment or, if you prefer, you can book an online appointment here.

Don’t spend another day on the sofa in pain, hoping it will stop soon. Call today and put yourself back in charge and on the road to healing.

Can a Chiropractor Help With Muscle Pain? 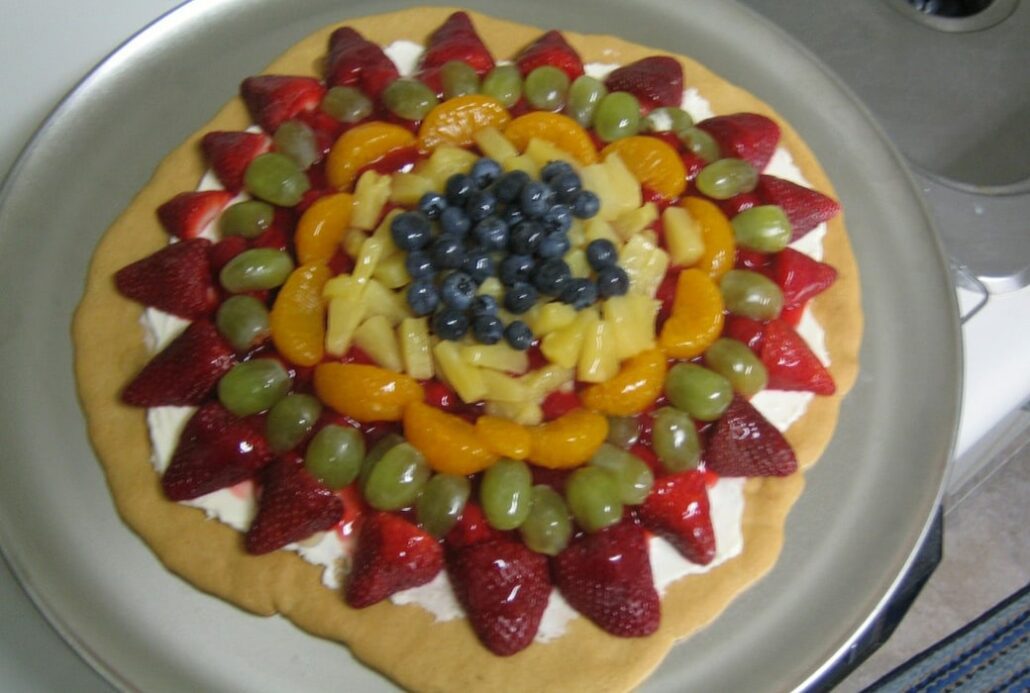 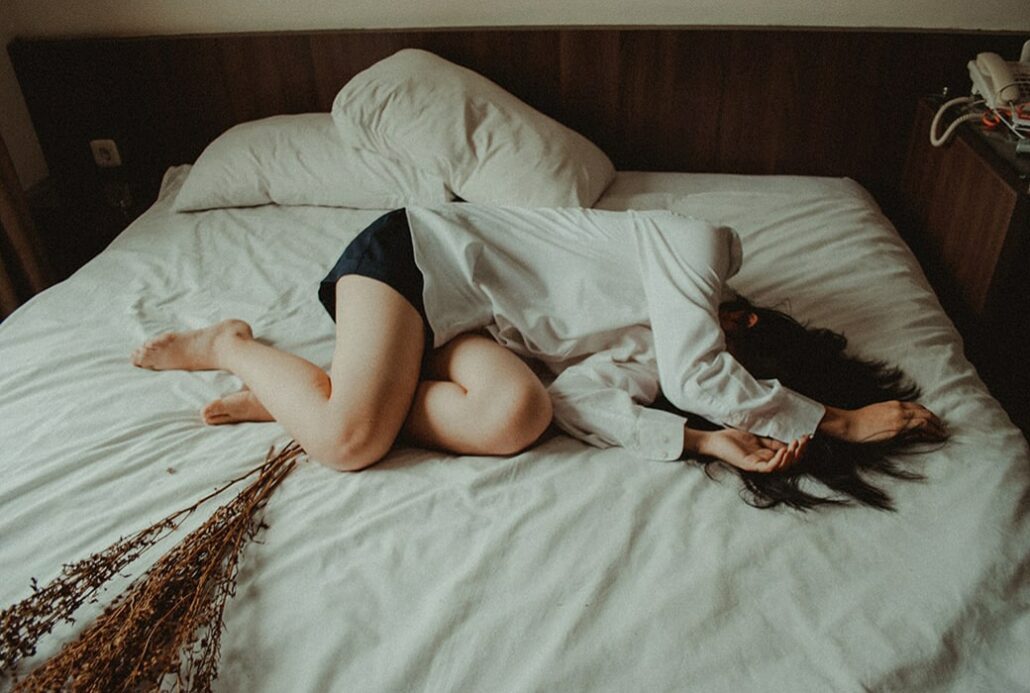 7 Signs You Are Embracing Bad Posture

Posted in Chiropractic, Pain Conditions, Treatments
← What Can Make Your Sciatica Pain Even Worse? Doing This #1 Thing What is a Diffuse Disc Bulge?  →